Where's all the confidence gone?  An interesting question that, and I ask it because even small babies are confident enough to noisily let their mother know they’re hungry – and I’ve known some very confident Toddlers in my time too! And when children play, they often try outbrave or risky storylines that fearlessly put their confidence to the test.

So, if you look at the glow of confident children, and compare that with the number of unconfident young people and adults, where did all the confidence go? There seems to be a disconnect.

There are 5 things that erode confidence,  sometimes for good. I call them:

...and they can all be cleared up so you can enable the real Confident You to shine through.

Not Enabled: Sadly, some children are born into environments that are not conducive to feeling good about yourself. I call it ‘Not Enabled’ because however much these children or adults try, they can’t challenge the experience of never being able to achieve or succeed. We might call these adults ‘painfully shy’.

Drip Feed: This one gets right into your consciousness and it’s the drip feed of phrases that undermine you. Parents don’t understand the effect it can have, but when they talk to other people in your presence and say asides like ‘Johnny’s useless at drawing’ or ‘Emily really struggles with maths’, it’s like a worm that sits there waiting to remind you of the danger in trying. As adults, these people are greatly affected by this heritage and even their physiology changes should they be asked to show confidence.

Direct Feedback: is a personal comment spoken to you and about you by someone whose opinion you value. i.e. a parent, sibling or role model. ‘You’ll never be anything without Maths.’ Or ‘What’s the point of trying to draw when you know you’re useless at it.’ I’ve known parents who were trying to protect their offspring from overstretching themselves in a dangerous world, but comments like this stick.

Trauma of a Significant Event: This is where a parent lashes out in frustration or shouts at a child or teenager who’s not in a position to stand up for themselves. I’ve often had people mention to me that they used to be confident until ‘that’ happened. And even though intellectually they may brush it away, even years later it’s still impinging on their confidence.

Clear Evidence: This is where everywhere you look, you see ‘evidence’ of your lack of confidence. But do you really? If the police are interviewing witnesses, each person will have ‘seen’ something different. So, a good place to start is ‘Where does your evidence come from’ and ‘Is it really true’.
THAT’S OLD STUFF, BUT MY LACK OF CONFIDENCE IS HOLDING ME BACK NOW.

The thing is, this childhood stuff gets in the way for you as an adult now and you need to empty the closet so you can be truly authentic. Only then can you truly learn the skills of looking and being more confident.

It’s perfectly possible for everyone to increase their levels of confidence. Not everyone is destined to be Chairman of the Board, but a good place to start is by learning to come across as a person who’s worth listening to and is respected.

Add on some extra confident communication skills and you’re away. And from there on, who knows? 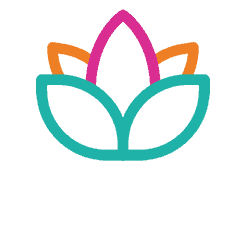 Caroline is a coach and counseller who works with both children and adults on mind matters. Caroline works with people to overcome mental health challenges such as anxiety, depression, and low self-esteem.

Learn More about the Author

Located at:
30a High Street
Lyndhurst SO43 7BG